THE POWER OF NUTRITION :
FOR THE SMILES OF 10 BILLION PEOPLE

It is my pleasure to announce that the 22nd International Congress of Nutrition (ICN) will be held in Tokyo, Japan, in December of 2022.
Although the Congress was originally scheduled for September 2021, the Organizing Committee has decided to postpone the event until December 6th-11th, 2022, in light of the circumstances of the COVID-19 pandemic. ICN is a meeting of the International Union of Nutritional Sciences (IUNS) that takes place every four years, the tenth of which was successfully held in Kyoto in 1975. I would like to add that this occasion also presents an opportunity to celebrate IUNS’s Diamond Jubilee, as the first ICN was held in 1946.

Tokyo is the most innovative city in the world, boasting outstanding infrastructure, convenience, cleanliness, and safety. Our venue, the Tokyo International Forum, is a state-of-the art facility located in the city center. As Chair of the Organizing Committee for the 22nd IUNS-ICN, I assure you that you will benefit not only from the broad scientific knowledge gained at the Congress itself, but that you will also enjoy exposure to Japanese culture, history, and various other forms of entertainment. The secrets—and the great appeal—of the Japanese diet will of course also be of interest to Congress attendees. 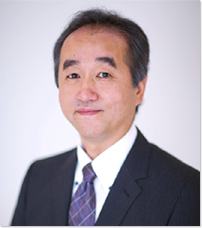 The world is currently faced with a variety of issues pertaining to nutrition, including food shortages, malnutrition, population growth, over-nutrition, diversification of dietary habits, threats to food safety, and the aging of society. Japan has tackled all of these issues over a relatively short period of time, devising various means to resolve them, thanks to the ingenuity and flexibility of the people of Japan.

The population of our planet is projected to grow to 10 billion over the course of this century. Nutrition has the power to provide health and happiness to people living today, as well as to future generations, as we head towards the 22nd century. Accordingly, we have chosen as the theme of the congress, "The Power of Nutrition: For the Smiles of 10 Billion People." It is our hope that by bringing all of you from around the world together in Tokyo in 2022, we can engage in valuable discussions on nutritional issues. In addition, we are considering a collaborative project with the Tokyo Nutrition for Growth Summit to be held in December 2021, which we would expect to yield a synergistic effect. The congress will be an ideal opportunity for participants to reaffirm or rediscover their mission to help realize good health and happiness for future generations.
I look forward to welcoming you at the 22nd IUNS-ICN in Tokyo in 2022.

Significance of ICN Being Held in Japan

Japan suffered from and overcame severe starvation in the aftermath of World War II, but soon after it faced new issues derived from overnutrition. As such, Japanese people have always had strong concern about both of those problems that are expanding worldwide. Japan is proud of its unique position in basic and applied research on nutrition as well as in nutritional practices and policy-making.
One of the bases for that pride is the Japanese population having the longest longevity of anyplace in the world, to which Japanese traditional dietary practices and ongoing efforts of researchers and dietitians have surely contributed much. Another contribution to that health may be the excellent school lunch system of Japan, which played a major role in the improvement of people’s nutritional status. Japan is also known as a home to the concept of functional food for health. That concept and its practical use in Japan have cast light on new possibilities of foods.
Factors important for the success of the congress go beyond just the academic background described above. The Japanese government, industry, and other organizations around the world have expressed the will to strongly support us. They will help gather a large number of young researchers and participants from developing countries. Finally, the most important factor for success is Japanese scientists who are prepared for and devoted to the success of ICN 2021 in Japan.